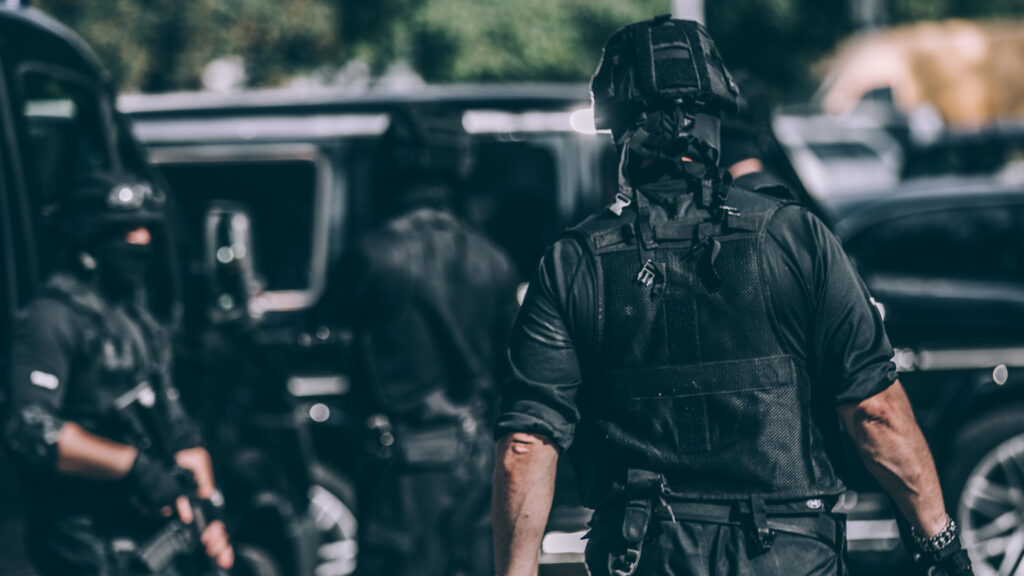 No one wants to think about being involved in a workplace violence or terrorism incident, let alone dealing with the aftermath. Unfortunately, these attacks have been on the rise in the last few decades with no end in sight. Being prepared is the best course of action, starting with an awareness of how to mitigate these risks. This blog will outline the basics of protecting your business with workplace violence and terrorism insurance coverage.

The difference between workplace violence and terrorism insurance coverage

Both types of insurance are considered crisis risk policies, but they differ in important ways. Separate terrorism & sabotage policies became more prevalent after the 9/11 terrorist attacks. These policies aim to protect a company’s assets and income should their business be impacted by an act of terrorism. Workplace violence insurance, however, offers coverage for malicious incidents not designated as acts of terror.

Learn more about the differences in coverage:

While a workplace violence policy covers a broader definition of events, it offers more limited coverage for business interruption and property damage. The primary effects of an attack felt by the victims, customers, and employees are the focus. It aims to provide coverage for victim and organization support costs, crisis management costs, and the insured’s legal liabilities.

Terrorism insurance:
By definition, terrorism is a violent or subversive attack committed for political, religious, or ideological purposes. Terrorism insurance covers a narrower scope of events, but there’s a deeper coverage of assets and income, including property damage and business interruption.

These policies have their limitations. Restrictions include biological, chemical, nuclear, and radiological events. Certain catastrophic events that are impossible to predict can’t be insured. This also applies to acts of war.

Workplace violence and terrorism insurance coverage protect you from different scenarios, and it’s essential to have both to be fully covered. Some business owners may believe they’re already fully covered for terrorism incidents by TRIA, the Terrorism Risk Insurance Act backed by the U.S. government. But there are some crucial points to know about TRIA to have a complete picture of your risk.

Also read: How to Prevent and Protect Against Workplace Shootings Post-COVID

The U.S. backed TRIA to control the price of terrorism insurance coverage post-9/11. However, TRIA was developed more than twenty years ago. Its focus is on mass economic and property damage from bomb attacks or hijacked vehicles. These days, those types of large attacks have become rare.

Large-scale attacks covered by TRIA require significant sources of funding and planning. As law enforcement and intelligence have improved, terrorists have moved toward more minor attacks with low-grade weapons. The result is less damage overall, but a much higher frequency of attacks.

TRIA has a deductible ceiling of $5 million of losses before an incident can be declared a terrorist act by the U.S. government. It’s important to know that TRIA has never been triggered. Even the Boston Marathon bombing or the 2016 Orlando nightclub shooting did not meet the threshold. It’s unclear if, when, or how quickly TRIA would pay out because it’s never applied.

Aside from the payout ambiguity, TRIA doesn’t reflect a policyholder’s terrorism exposure. It covers attacks on the premises but does not account for business interruptions due to nearby attacks or attacks on utility providers or suppliers. Further, TRIA premiums are not based on an assessment of actual risk. They fluctuate based on property values.

What to look for in crisis insurance coverage

As terrorism incidents have increased, private insurers have addressed the areas where TRIA has fallen short. Many companies now offer policies covering any incident with a political, ideological, or religious motivation, with no deductible. These policies have been tested and paid out, unlike TRIA. Additionally, private terrorism insurance coverage has a pricing structure that ensures consistent, predictable rates.

When seeking out private terrorism insurance coverage, be sure to complement it with workplace violence insurance. McGowan Program Administrators is one of the largest underwriters of these policies in the U.S.

McGowan also offers worldwide Terrorism and Political Violence Insurance to protect your business. Coverage applies to any incident that falls under the broad definition of terrorism, including denial of access to the premises, loss of attraction, and threat. Together, workplace violence and terrorism insurance coverage will give you the peace of mind you need to conduct business confidently.

Reach out to learn more about these programs.